Salesforce $15.7 billion mega acquisition will add revenue and blunt a Microsoft competitive threat, but long-term benefits will depend on deeper integration and additive innovation.

Salesforce is spinning its mega acquisition of Tableau Software as the number-one CRM vendor buying the number-one business intelligence (BI) and analytics vendor. It’s a big deal that was likely hastened by last week’s acquisition of Looker by Google. In the short term, it will give Salesforce more revenue, but in my view, the success and ultimate value of the proposed $15.7 billion deal will depend on what Salesforce and Tableau can do together and whether Tableau can accelerate its move into the cloud.

A key challenge, however, is that only one third of Tableau customers, at best, are running in the cloud. So either Tableau has to accelerate its move into the cloud or Salesforce has to develop more of a hybrid strategy. The latter would go against Salesforce’s longstanding “no software” ethos, although even cloud player Amazon Web Services (AWS) has made accommodations for on-premises deployments in recent years. 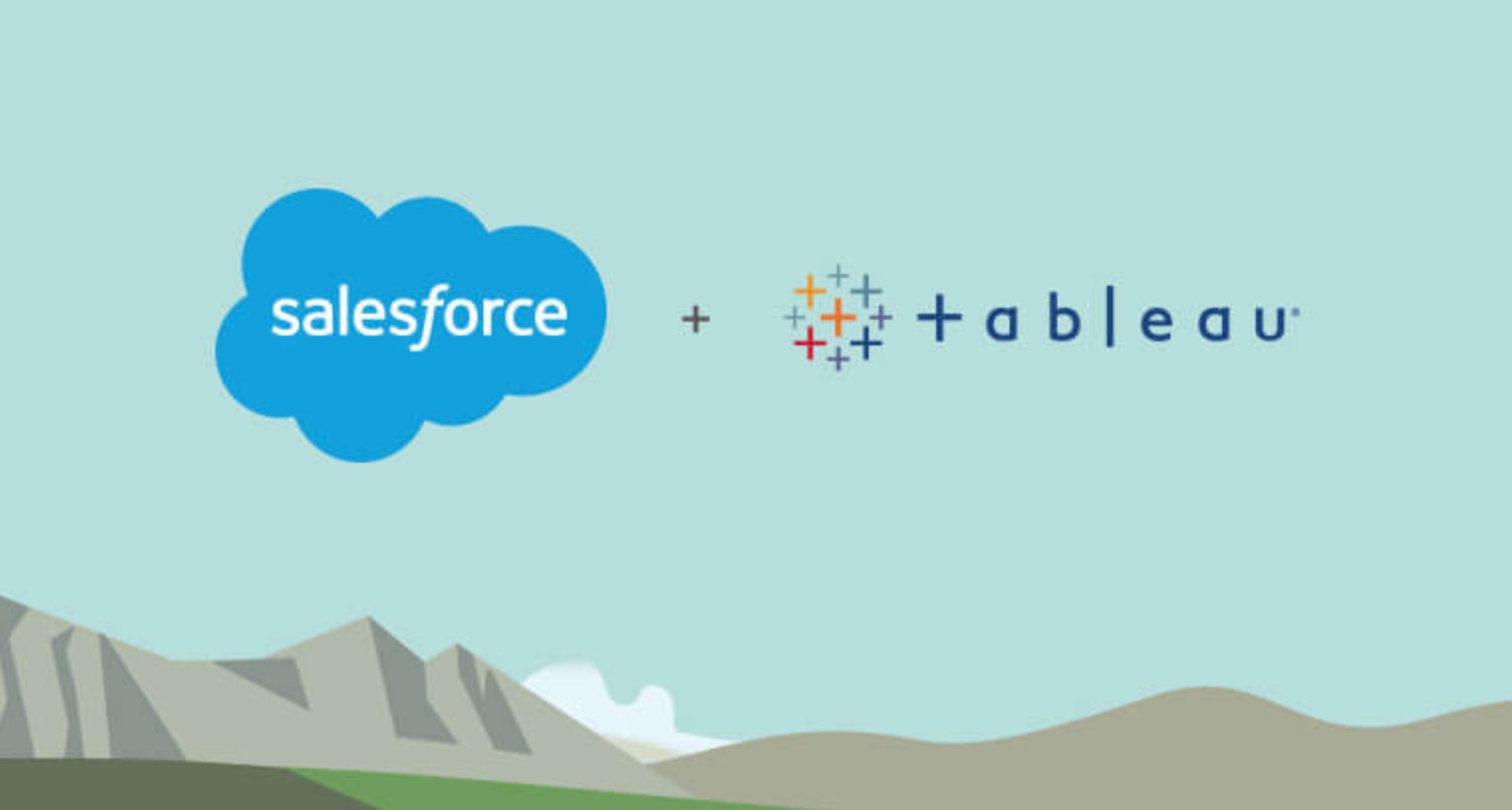 One thing that Salesforce and Tableau have in common (other than tens of thousands of customers) is Microsoft as a formidable rival. Microsoft goes after Salesforce primarily with Microsoft Dynamics 365 and it goes up against Tableau primarily with Power BI. In both cases, Microsoft stresses its broader platform, including Office 365, Azure, the LinkedIn graph, and its broad data-management portfolio, but the real weapon on both fronts is the blunt instrument of competitive pricing. Microsoft effectively discounts its CRM and analytics offerings knowing it can count on long-term benefits, stickiness and profits from each customer and byte of data that ends up on Azure.

Competing against Microsoft Power BI is one thing, but cloud competition is about to get tougher with Google’s acquisition of Looker, announced last week. And with both Google and Microsoft now strongly pursuing the BI and analytics market, it likely won’t be long before AWS steps up its game from its current, less-than-competitive QuickSight offering.

Tableau needed a deep-pocketed parent to help it compete against these new competitors. A key area of investment important to both Salesforce and Tableau is augmented analytics and artificial intelligence (AI). Microsoft has been adding augmented capabilities to Power BI, and it highlights the connection to the rest of its AI portfolio. Leveraging one set of AI and augmented analytics investments across Salesforce and Tableau should provide economies of scale that will help both parties innovate.

MyPOV on How to Better Serve Customers Together

I appreciate that Salesforce is promising to maintain Tableau as an independent business, just as it did when it acquired Mulesoft last year. Salesforce is far better than most companies at retaining the leadership, talent and values of the companies it acquires. A big part of Tableau’s strength has been its culture, and I see Salesforce as more likely than any other suitor to retain that energy.

As I noted above, investments in AI and augmented analytics are an obvious place to start on future innovation. But with trends moving toward low-latency demands and predictive and prescriptive recommendations, I see analytics as destined to be more frequently embedded into applications. Not just OEM apps, but software apps that customers build themselves. Salesforce and the Force.com platform are both good fits for accelerating Tableau’s embedding strategy. Microsoft is pursuing these trends with its Power Apps, Flow and Power BI Embedded capabilities, and Salesforce and Tableau would do well to exploit their strengths.

As for how Salesforce and Tableau could improve and take advantage of integration, a few areas should be addressed to better serve customers. For starters, Tableau must evolve its self-service strengths and provide more tools and controls for centralized governance. The company started down this path a few years ago with data-certification capabilities, and it’s expected to add a data catalog this year.  Salesforce and Tableau together could do more to address centralized data modeling, ensuring reusability and a single version of the truth. Here’s where Looker has strengths, offering an old-school semantic modeling environment built for modern cloud data architectures.

The addition of Tableau also raises questions anew for Salesforce as to how deeply it will invest in data-management capabilities. Last year’s Mulesoft deal upped Salesforce API-oriented integration capabilities, but AWS, Google and Microsoft offer end-to-end database, data warehouse, data integration and high-scale data platform capabilities that give customers one-stop-shop opportunities while also fueling AI capabilities. Salesforce has to decide whether to take a Switzerland approach -- working with all the major clouds and third-party vendors -- or whether it’s going to also offer its own data platforms and services. Perhaps it could choose a middle ground by focusing exclusively on analytics, acquiring, say, Snowflake, and perhaps a bit more in the way of big data and data integration capabilities.

These are interesting times, and I am hearing echoes of the BI and analytics consolidation that happened just over a decade ago. There is a danger that history could repeat itself, as when BusinessObjects, Cognos and Hyperion were acquired in 2007/2008 by SAP, IBM and Oracle, respectively. Back then, many predicted that these massive consolidators would push independents out of business, but that’s not what happened. That’s exactly when Tableau, Qlik, Spotfire and other innovators emerged and it was mostly downhill from there for the incumbents.

The lesson for Salesforce is that it can’t count on the power of its platform to retain and win new Tableau customers; the product must remain competitive on its own merits, and that will require investment and the spark of innovation that got Tableau where it is today.

Related Reading:
Google to Acquire Looker: First Salvo in a New Round of BI and Analytics Competition
Tableau Advances the Era of Smart Analytics
MicroStrategy Embeds Analytics Into Any Web Interface