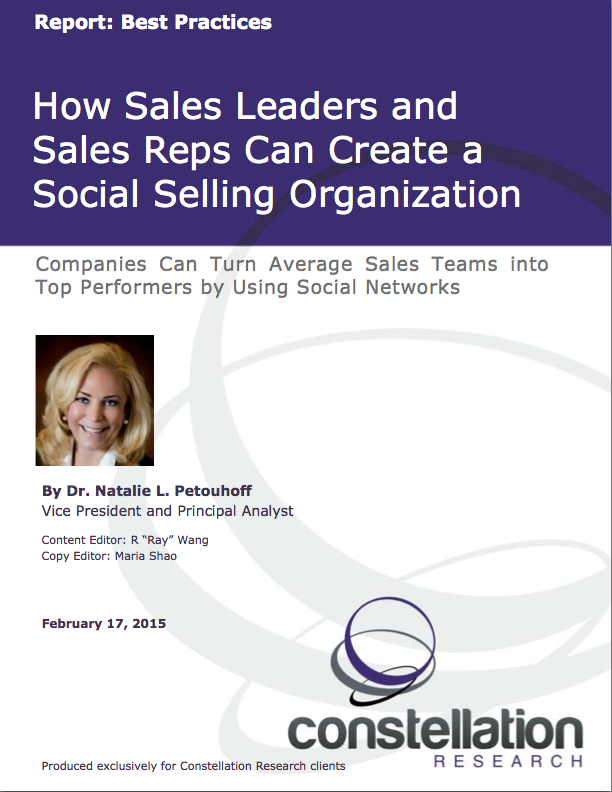 Nearly 60 percent of a typical purchasing decision—researching solutions, ranking options, setting requirements, benchmarking pricing, and so on—happens before the potential buyer engages in their first conversation with a supplier. Therefore a social media presence that demonstrates a sales person's helpfulness, expertise, or thought leadership in their product field can lead to significantly improved sales results. Research into actual use of social selling has revealed that sales professionals who use social selling are 51 percent more likely to exceed quota, three times more likely to go to a special sales event for top sellers and get promoted to vice president 17 months faster.

This research looks at the changes to people, processes and technologies that can transform an ordinary sales team into an extraordinary team using social selling.

This report is designed to help sales managers and leaders rethink how they use social networks to help salespeople become more relevant, genuine and effective in the sales process. Using social selling can result in a better sales process for prospects, customers, salespeople, teams and companies.