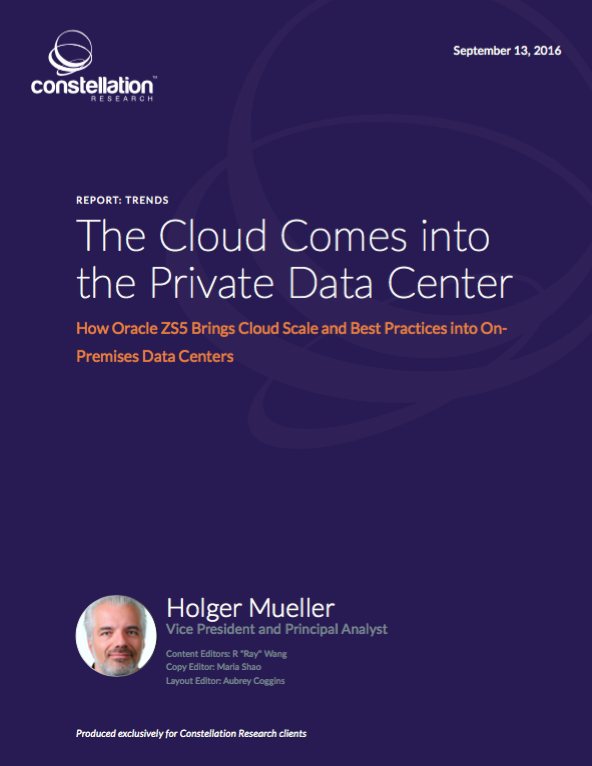 Data storage in a next generation apps world is experiencing a renaissance, even though storage is a commoditized and well-understood function in enterprise computing. Despite lower costs, data storage remains a strategic concern because the split personality of storage vendors has hindered enterprises from blending their on-premises and cloud environments.

The recently unveiled Oracle ZS5 Network Attached Storage (NAS) solution, a hardware appliance with associated software, is such a hybrid product. It was designed originally for IaaS use, but with on-premises deployments in mind. Now enterprises can deploy their storage-intensive next generation apps in their own data centers. They experience a cloud-grade solution that not only offers lower TCO than older, non-cloud-grade storage offerings, but also the strategic option to move from on-premises back to the cloud with no penalty. Finally, the identical architectures of ZS5 offerings for both Oracle Cloud and for on-premises use enable a number of attractive hybrid scenarios, such as development and testing, backup, High Availability (HA) and multi-temperature storage tiering.