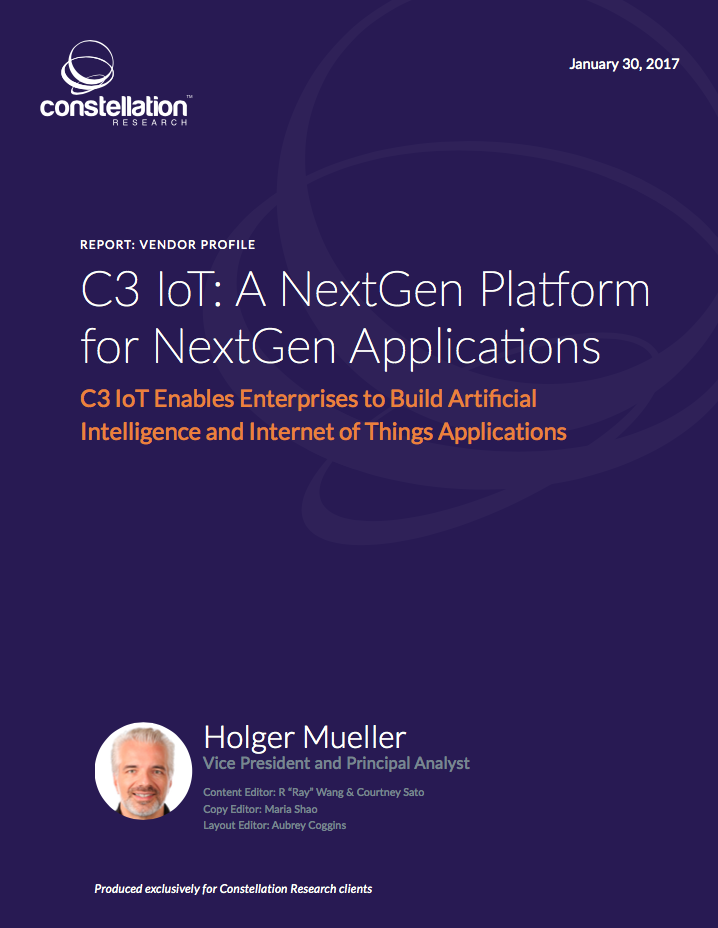 The cloud era warrants a new approach to how enterprises build, consume and operate software. In the enterprise, automation is often scattered between operational and organizational siloes, some of them on-premises, some of them in the cloud. This disconnection looms over CxOs who know that their enterprises will need to start building their own software in the near future.

C3 IoT is a platform that enables enterprises to connect their wide-ranging data sources and build their own Artificial Intelligence (AI) and Internet of Things (IoT) applications. C3 IoT takes a data-first approach, allowing enterprises to bring together all data on a cloud-based system. Additionally, apps built on C3 IoT can be built with little or no code.

Further differentiators include a metadata-based type system that allows for fast prototyping and consideration of vertical differences that can potentially accelerate time to market. On top of its enterprise data repository, C3 IoT enables both insights and transactional applications to be developed by customers without technical savvy in a low- code and no-code approach. C3 IoT also builds apps available for purchase.