The gap between Snowflake’s bold and innovative vision and its product and customer realities were on display at Snowflake Summit 2022.

Attend any big annual enterprise tech show, and you’re likely to hear about the vendor’s far-reaching vision for innovation. That’s why we’re shown those “forward-looking statements” disclaimer slides that nobody ever bothers to read.

So we had Snowflake’s product announcements and presentations at Snowflake Summit 2022 in Las Vegas and then the realities of the company’s cross-cloud platform and its customer base as of the June 13-16 event.

The most palpable reality, given proof by the packed Caesar’s Forum Conference Center, was the scale of Snowflake’s success. The event drew 7,000-plus attendees -- a massive increase over the 2,000-plus attending the company’s last live Summit in 2019. The numbers also spoke for themselves: Snowflake became the fastest enterprise software company to reach $1 billion in revenue last year, and its fiscal year 2022 (ended January 31) closed at $1.2 billion in revenue, as reported by CEO Frank Slootman during his opening keynote. The company now has more than 6,300 customers -- more than several of its well-known independent competitors combined.

The reality is that Snowflake’s highly automated, low-touch, cross-cloud platform has attracted a great big tent of organizations who love the Data Cloud’s ease of deployment, scaling and use. But Snowflake is not just an easy-to-use alternative to running data warehouses on-premises. Or so executives including Slootman; co-founder and President of Product, Benoit Dageville; and Senior VP of Product, Christian Kleinerman; kept telling Summit attendees. 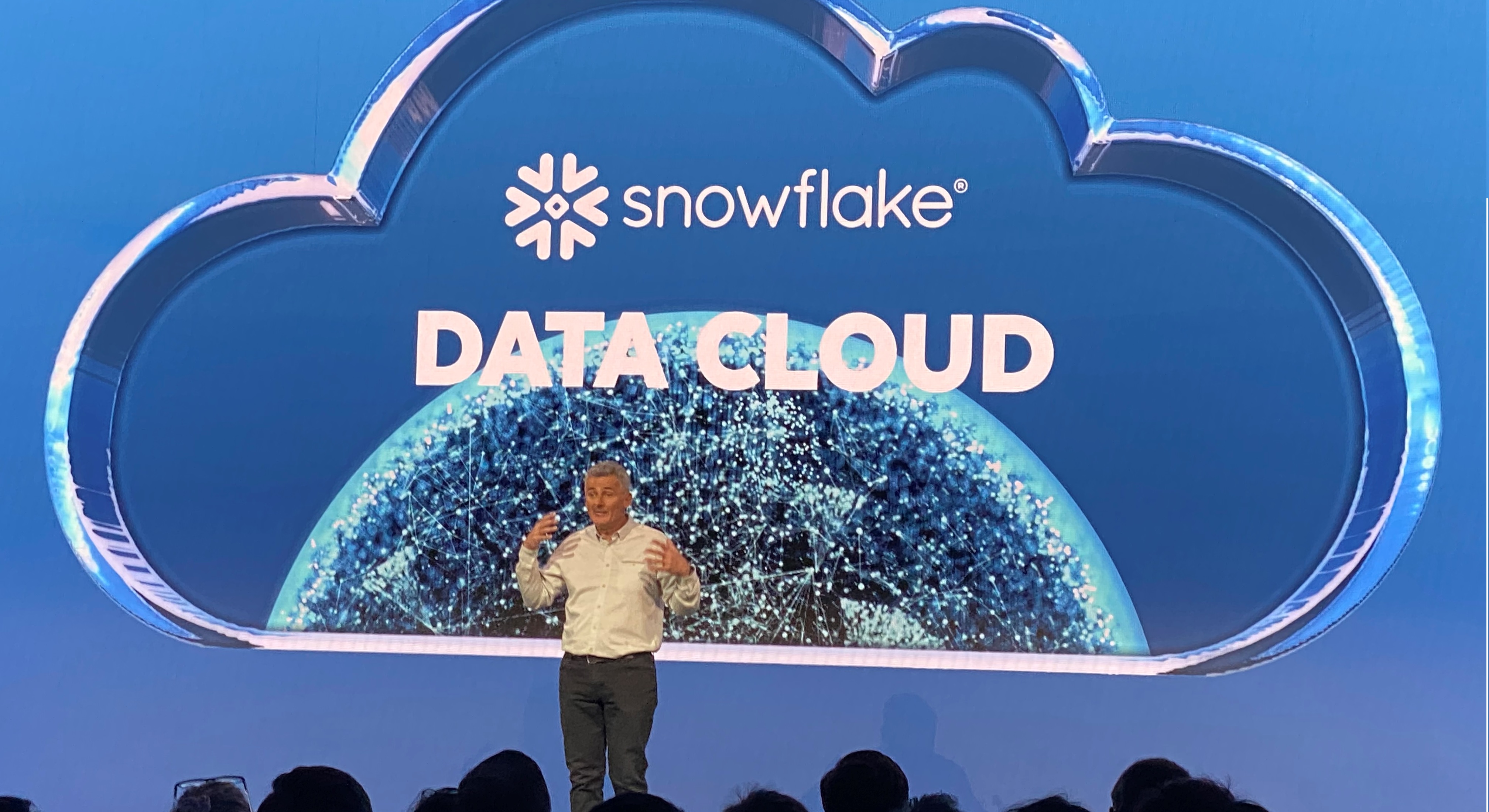 “Disrupting analytics” was the company’s vision way back in 2014, Dageville explained. That mission was succeeded in 2018 by “disrupting collaboration” through data sharing and the Snowflake Data Marketplace. And the new mission, introduced at Snowflake Summit 2022, is “disrupting app development.”

This new vision, detailed largely by Kleinerman in a series of product announcements, is about building modern applications that might include transactional as well as analytical capabilities. Mind you, Snowflake is not going after traditional Oracle Database type workloads so much as after modern, cloud-native apps blending transactional and analytical requirements.

Here are some of the key components announced, along with their development and release status:

Importantly, the Native App Framework is tied to the Snowflake Marketplace (renamed from “Data Marketplace” because it’s now also about apps, models and more). Using the Marketplace, companies will be able distribute and monetize their apps with built-in commerce capabilities (which, along with Snowflake’s community and networking power, differentiate the company from competitors that have added data sharing support – often through third party marketplaces). Apps also offer the advantage of securely harnessing Snowflake data without copying it or exposing it to app users. 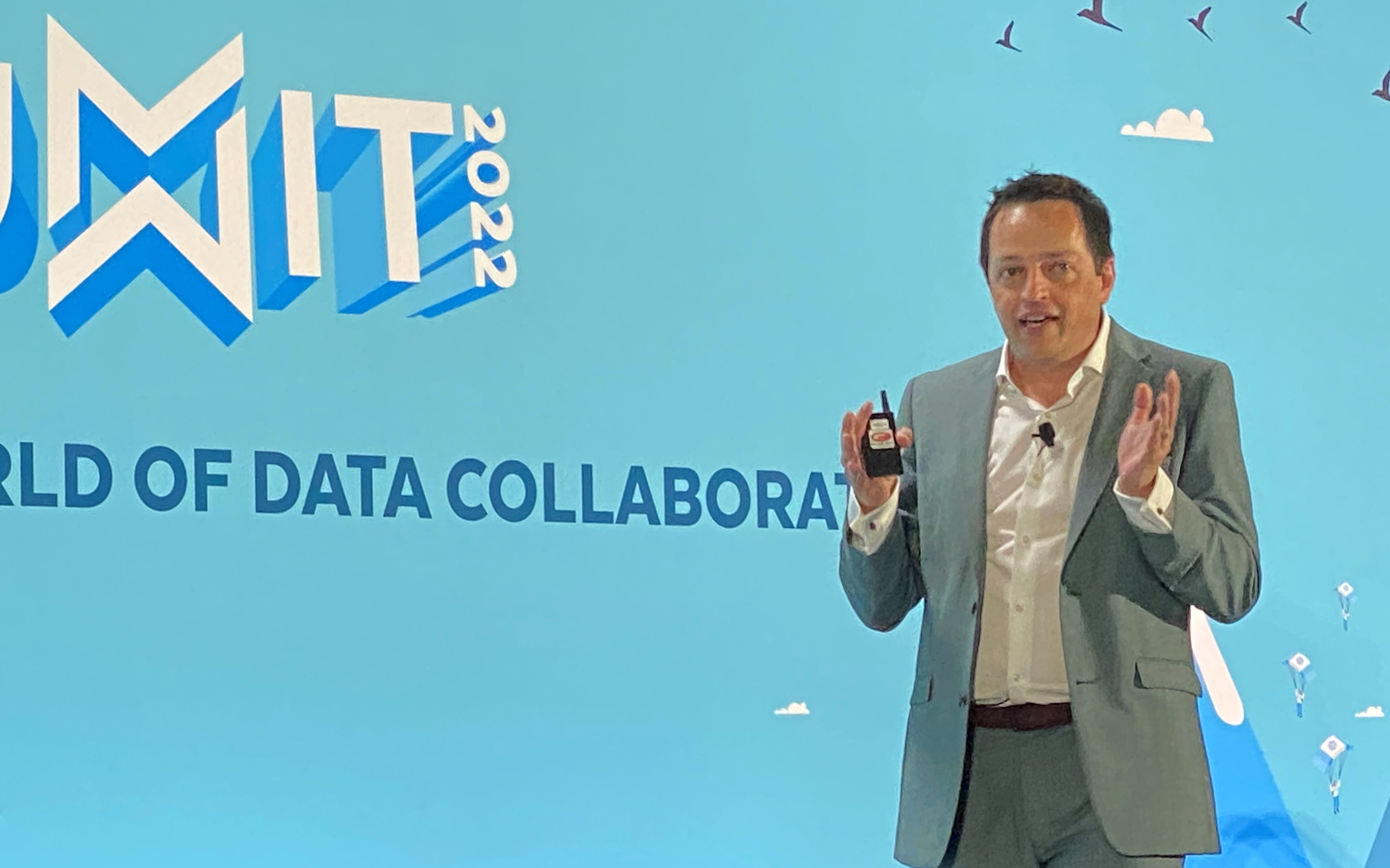 The promise of Native Apps was certainly palpable during Wednesday’s “Building in the Data Cloud - Machine Learning and Application Development” keynote. Private-preview customer 84.51°, a retail data science, insights and media company owned by Kroger, presented on an app it’s developing that will securely blend transactional grocery store sales and inventory data with privacy-safeguarded customer loyalty card data to deliver insights on customer buying trends to store chains and consumer products goods companies. App users won’t be able to see or touch the encrypted transactional sales data or the customer loyalty card data used inside the app, but they will get the trend insights derived from these data. Similarly, LiveRamp, a data-enablement, measurement and marketing company, is building an app that will help with identity resolution while respecting data privacy safeguards.

I felt a bit sorry for these innovators, however, as the room was more than half empty by the time they presented. The content was quite compelling, I thought, but attendees either had competing breakout sessions or it wasn’t (yet) relevant for the less sophisticated Snowflake customers. It didn’t help that the first hour of the keynote was dedicated to Snowflake’s data science capabilities. Here the announcements included:

Most of the big crowd there for the day-two keynote stayed through the first 45 minutes or so, but seats gradually started to empty once the demos involving data scientists and data engineers coding in Python commenced. If you’re not a data scientist, I suppose a demo involving Python coding is not likely to be terribly compelling. By the time the app development half of the keynote began, the crowd was asked, “How many of you are data scientists, data engineers or data developers?” I’d guess less than 20% of remaining attendees raised their hands.

This apparent gap in interest left me wondering, why was Snowflake scarcely mention the SQL Machine Learning feature also announced at the Summit? SQL ML is in the same vein as what several rival vendors offer as either “AutoML” features or as built-in data-science algorithms designed for in-database execution. These features are implemented through simple SQL commands, so it would certainly seem to be very relevant to the mainstream crowd at Snowflake Summit. I’m guessing Snowflake didn’t highlight SQL ML because the (private-preview) feature only supports time-series forecasting at this point.

This brings me to the gap between Snowflake Summit announcements and the realities of what’s generally available today. Snowflake’s development stages typically last four to six months. So something just announced as “in development” isn’t likely to be generally available until a year to 18 months later. Something just entering “private preview” is likely to be eight to 12 months away, and “now in public preview” generally means GA is four to six months away.

Almost all vendors pre-announce capabilities (some more aggressively than others). My sense is that Snowflake’s data science and app-development announcements are aimed at the larger and more cutting-edge customers (and attracting more of them) that will be invited into private previews. The keynote talks were about preparing the rest of the crowd for capabilities that won’t see general availability for at least another year.

I came away from the Summit impressed by a bold and forward-looking company that has a fast-growing base of enthusiastic customers. The cutting-edge innovators taking part in those private previews include the likes of GEICO, CapitalOne, WarnerMedia, JetBlue, AT&T and Fidelity Investments, all of which presented at Snowflake Summit.

I also came away recognizing that Snowflake is sometimes in the position of having to backfill very mainstream, highly requested features, as Slootman acknowledged the company had to do early in his three-year tenure to step up governance capabilities. Over the last year to 18 months, Snowflake also has been stepping up cost-control features, including consumption analytics, budget guard rails and optimization features, with more such features said to be in the works.

Don’t get me wrong: a good annual customer conference should get customers dreaming about cutting-edge capabilities, but I heard more whoops and hollers when Kleinerman introduced new budget and resource group features and new account replication and pipeline replication features than I did at any point during the data science and data apps presentations.

Forward-looking vision and leadership is important for every vendor, but there also has to be a balance of crowd-pleasing upgrades and pain-fixes tied to core functionality. Snowflake delivered a mix of both types of announcements at the Summit, but at times is seemed like the band leader was getting a little too far out ahead of the parade.

analytics, #DataScience, #SnowflakeSummit
Stay up to date with the latest disruptive technology.