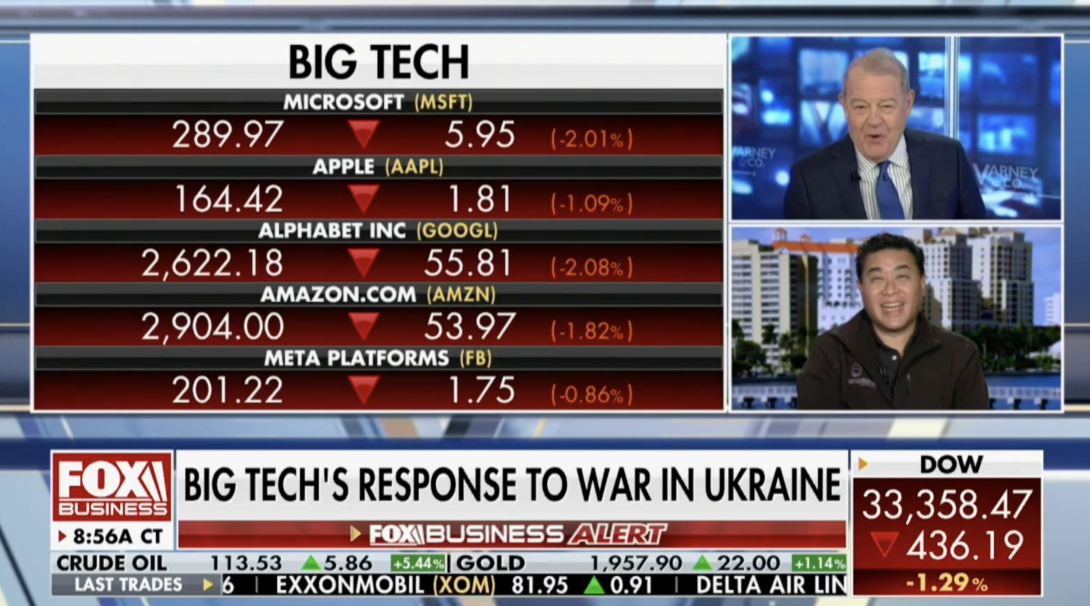 As famously put by Peter Parker in Spiderman, "With great power comes great responsibility".  The digital giants are walking a thin-gauged tight rope.  On one hand, they feel compelled to assist Ukraine. On the other hand, they face potential loss of future business, retaliation in fines, arrests, or service shut downs by the Russian government. In fact, Russia has passed laws to put western tech companies under their jurisdiction.

However, not taking action or holding a position of neutrality could be seen as not standing up for western values.  Digital giants and big tech companies that take no action could face a barrage of cancel culture actions from customers, shareholders, and partners.  This show of support and compliance with an authoritative government would negatively impact their brand.

In general, the tech companies have not faced US sanctions to take action.  As private companies, they have independently chosen to stand up to Putin with hopes that they will not shut down access to services in Ukraine and Russia.

Social networks are being used by dissidents to organize and push back against Putin's forces.  Given Ukraine's tech work force, the ties to western countries are strong and come from their decades of product engineering expertise, outsourced engineering capabilities, and strong engineering and math talent.  In general, tech companies are aiding Ukraine by blocking Russian state-run media sites such as Sputnik and RT.  Furthermore, tech companies are monitoring for cyber attacks.  Consequently, Russia sees these tech giants as actors in conflict by restricting sales, ads, and information flow.  Here's what the digital giants have done to date (see Figure 1):

Binance and Coinbase have taken a neutral stance of not unilaterally freezing funds as those actions would be contrary to the decentralization movement and blockchain principles.  Meanwhile, institutions such as MIT have servered ties with a Russian Research university.

The balance between keeping services open and restricting misinformation places the big tech companies in the cross hairs of the Putin regime.  These public companies have taken a side with their western governments instead of remaining neutral.  In this case, the actions align well with democratic values and the support of a country under attack.  However, the actions of these companies and organizations should remind the general public the awesome power of big tech and how this concentration of power can be abused without proper checks and balances.