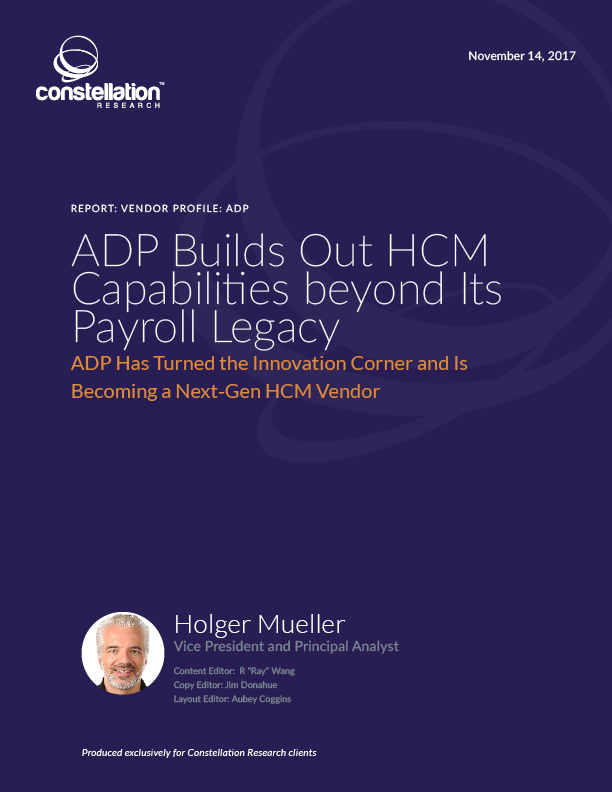 ADP is one of the longest-operating human capital management (HCM) and payroll vendors, both in North America and worldwide. Founded in 1949 by Henry Taub, the vendor has grown into a $12+ billion vendor, with more than 700,000 customers worldwide. ADP pays one out of six U.S. workers and 14 million elsewhere.

For a long time, ADP was a payroll vendor that failed to innovate beyond that segment. But that has changed, largely thanks to a decisive innovation drive that has jolted ADP’s push into competitive, 21st century HCM products. Moreover, ADP sharpened its focus by divesting its car dealer business (2014) and has not shied away from acquisitions (most recently, The Marcus Buckingham Company) to improve its competitive positioning.

In almost all market segments that Constellation tracks for HCM software, ADP makes at least the Top 5, or even the Top 3, vendors considered by enterprises for their HCM automation needs.