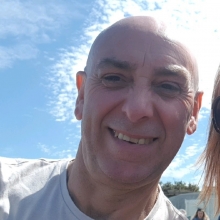 Each piece of special tooling Guhring UK makes needs to first be designed and approved by the customer. Depending on the size and complexity of the component, special tooling can take up to eight weeks to design, test and manufacture in-house — and the work can’t even start on the tool until the design is approved. This is an expensive and time-consuming process; smaller manufacturers with less volume can’t justify the costs or lead time for special tools. This means that smaller manufacturers don’t enjoy the benefits of the specialized tooling that would make their own operations easier and more efficient — and that Guhring UK was unable to serve an entire segment of the manufacturing market.

Guhring knew it needed a reliable, consistent way to reduce manufacturing cost and time to solve this problem. The team looked into industrial 3D printing to make its products and services accessible to a wider variety of businesses — especially the smaller ones — while also reducing lead times for existing customers.

“The idea was to make the prototype cost and iterative cycle time come right down,” says Pearce.

“Within one day, we had designed and printed a tool prototype, and we could immediately see if we were going to come up against any problems in manufacturing it. Within five days, we had printed and sintered a fully functional metal cutter body. Using Markforged 3D printers just sped up everything,” says Pearce.

The tool performed extremely well and is 60% lighter than its traditional predecessor, which allows for faster tool changes in cycles and a reduction in cycle times. This application discovery has allowed the company to produce more versatile, lightweight tools for its customers at a far lower price.

Guhring UK can now service smaller businesses, making its product and services more accessible. The extra money Guhring UK has saved by adding Markforged 3D printers won’t be going to waste; Pearce says that any savings made will be “reinvested back into the company so we can continue growing and supplying bigger and better products to our customers.”

As for the extra time saved, Pearce says it will be redeployed into the fabrication of production parts. The addition of the Markforged 3D printers has already allowed engineers to free up their 5-axis mills and conventional technology to produce other revenue-generating parts, boosting the company’s earnings.

By using industrial 3D printing instead of traditional manufacturing methods, Guhring UK has reduced its low-volume tooling costs by 75%, reduced its tool weight by 60% and spends 66% less time in production. These cost and time savings have been reinvested right back into the business.

“We can now make a one-off production part and supply it to a customer less than one-third of the time and at a lower cost,” says Pearce.

To accomplish its goals, Guhring UK used the Markforged Digital Forge — an integrated platform that brings the power and speed of agile software development to industrial manufacturing, combining hardware, software and materials to eliminate the barriers between design and functional part. Using this technology, users can reinvent the way they approach manufacturing challenges with industrial-grade, functional parts capable of withstanding the most demanding environments.

Traditional manufacturing methods have stayed essentially the same for decades, requiring manufacturers to grapple with the same challenges year after year, within the same limitations. Industrial 3D printing is a major innovation changing the way manufacturing fundamentally works, giving manufacturers ways to do things they’ve never been able to — like creating lighter, stronger parts with complex geometries that just weren’t possible before on fast timelines that traditional machinists can’t match.

With this technology, Guhring UK has opened up new revenue streams and new, creative ways of thinking; engineers at the company have even started experimenting with 3D printed coolant pathways to solve a different set of manufacturing challenges.

"We certainly like to think that we’re well on the road to being a factory of the future,” says Pearce.

Industrial 3D printing is more than a way to fulfill low-volume orders for smaller customers: it has created a new culture of problem-solving for Guhring UK. In addition to the steel milling cutter and the 3D printed coolant pathways, the Guhring team has reengineered a different cutting tool that would wear out quickly, increasing its life from cutting 10 parts to cutting 180 parts, while saving time and money. This is only the start to the kind of innovative thinking Guhring has unlocked.