Wells Fargo & Company (NYSE: WFC) is a nationwide, diversified, community-based financial services company. Founded in 1852 and headquartered in San Francisco, Wells Fargo provides banking, insurance, investments, mortgage, and consumer and commercial finance through more than 8,700 locations, 12,500 ATMs, and the internet (wellsfargo.com), and has offices in 36 countries to support customers who conduct business in the global economy. With approximately 265,000 team members, Wells Fargo serves one in three households in the United States. At the end of fourth quarter 2014, Wells Fargo ranked fourth in assets among U.S. banks and was the world’s most valuable bank by market capitalization.

Wells Fargo’s vision is to satisfy all our customers’ financial needs and help them succeed financially. To do so it willingness to transform how it speaks with its customer making use of the vast amount of data it holds, can see and can augment to drive relevancy. Speaking to customer is difficult. Our data is siloed, challenged, slow to get and always in the wrong place, we believe in the power of data modelling to unlock great things but can’t do enough of it and we make decisions to change what we say and how but was it the best thing we could have done? We are never sure. What’s more, that thing we just struggled to do in far too long, we just did the exact same thing last week just over there without knowing. This not just Wells Fargo Speaking, it is every company speaking.

Tech changes have been previously estimated in years even to POC. Fleur drove an astonishing transformation in months

From start gun to live was 9 months. Cloud based for the first time. no incidents or defects. orchestrating a collaborative team of 300 people across 8 different orgs and disciplines it was a return the execution machine mentality that Wells Fargo used to be famous for. This is from an executive who has been with the bank for 19 years and not a just in hot gun keen to make an impact.

Relevancy and knowing your customer is the new battleground for deserving the top tier financial relationship in this disintermediated world. To do this well as the scale of Wells Fargo can be game changing and is independently estimated to be a Billion $ opportunity

seeing the top floor of a San Francisco all hands team meeting , multiply video linked around the country, light up when they heard fleur speak and thought "we are really going to do this and it woill be great" 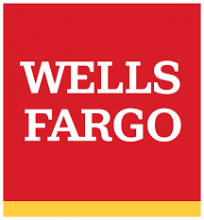