It hasn't taken long for Juergen Mueller to ramp up as the new Chief Technology Officer and executive board member of long-standing enterprise software industry leader SAP. While he previously held the role of Chief Innovation Officer at the company for several years -- and he continues to be responsible for product innovation overall -- today he must successfully lead SAP’s overall platform and technology development including such flagship offerings as the SAP Cloud Platform as well as their foundational offering, SAP HANA. He and his team are also charged with the incubation and market adoption of intelligent solutions such as analytics, SAP Leonardo, machine learning, and IoT across SAP’s vast and growing product portfolio.

So, it was recently at the company's big customer conference, SAP TechEd in Las Vegas, that we were able to see the early results of his January, 2019 ascension to the top technology role at the helm of the firm's technologies and products. Juergen comes into his job at time of growing hypercompetition among the top-tier vendors for enterprise customers as they begin a deeper shift to the cloud. Cloud platforms now exceed any previous platforms in terms of capability that they offer operationally, feature-wise, security-wise or by just about any other measure. What's more, customers are in play in terms of acquisition in a way they may never be for the foreseeable future as they switch from legacy IT to cloud-based IT.

Furthermore, enterprises still make their vendor selections for the long term, at least five years or more today. Juergen has come into his role at a time of great transition in the industry, as well as for SAP as a company, and one that they must navigate successfully with both high growth and many net-new customer wins, as more customers are potentially up from grabs today across the market than they will be for quite some time.

Giving the opening keynote at TechEd, Juergen gave many in the industry a sustained look at both his leadership style as well as the specifics of his ongoing vision for the company's technology and platform portfolio. Here is what I was able to take away from my analysis of his wide-ranging talk and numerous announcements: 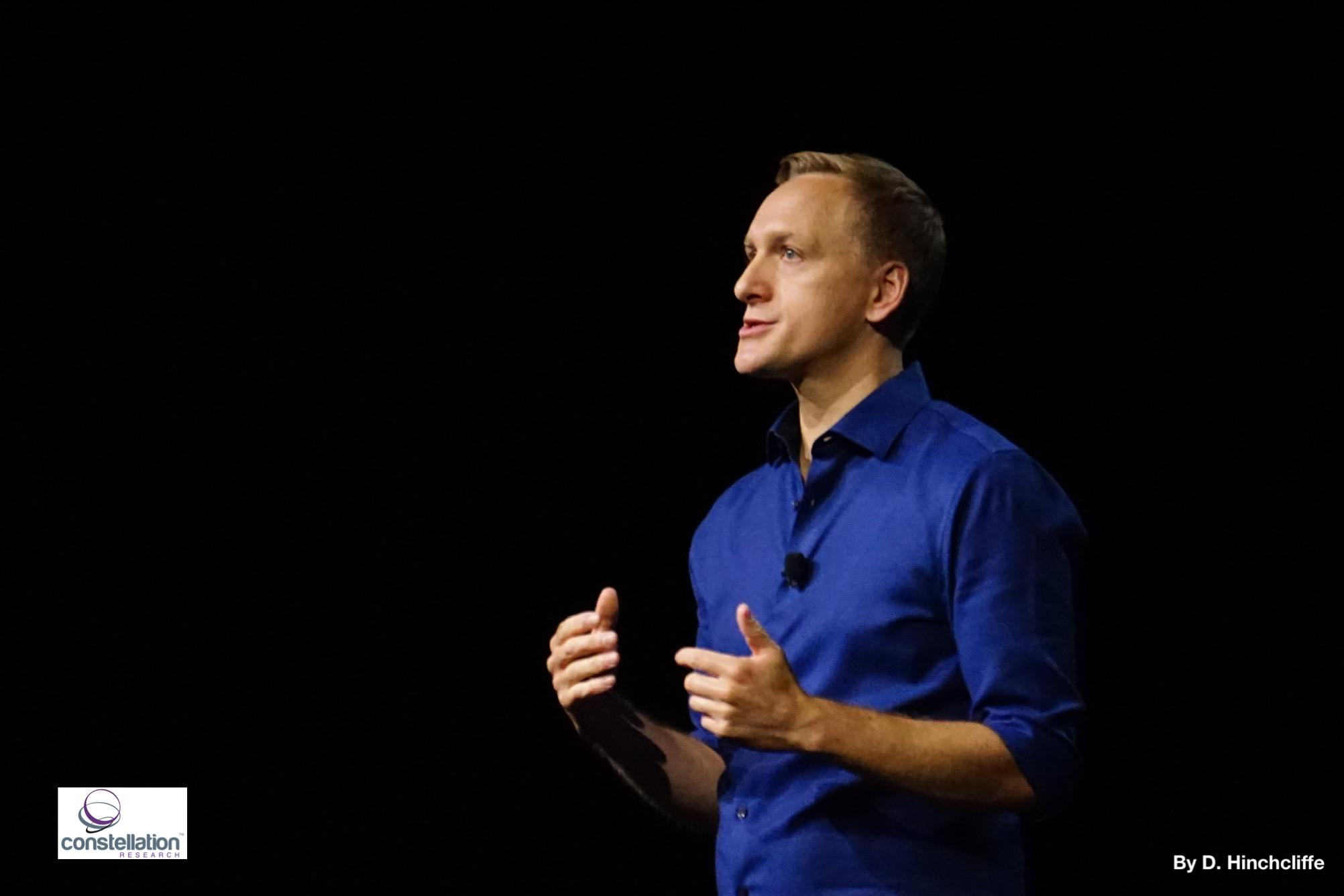 What digital and IT leaders should take away

SAP remains targeted at the high margin part of the cloud space. It's leaving commodity infrastructure and its relentlessly price-pressured products to the hyperscalers, and focusing on business services that provide the most value. Enterprises that want a business partner for their digital capabilities at the most strategic level are generally still left to SAP to work with in a space that's now increasingly crowded. Yet the other clouds will continue to "climb the stack" and offer more and more business capabilities. However, it's hard to see that leaders like Amazon or Google will enter the ERP space. Oracle is the real competitor here, and the technology vision simply isn't as cogent or forward-thinking as what Juergen put forth.

From a leadership perspective, Juergen appears to be from a newer generation of more collaborative leaders, more humble, but with even higher expectations than their predecessors. His existing audience of developers and partners should find him likeable, as well as the new segments that SAP has added to their strategy.

In the final analysis, SAP has taken a great step forward with a full-spectrum set of experience offerings, along with a BTP that will allow organizations to build and integrate everything else that they're need to digitally transform into the businesses of the future. The X data (experience) and O Data (operational) messaging is right, but the challenge they have is that they are now out ahead of most of their customers, who are just now seriously thinking about how to connect these two worlds together better to realize the experience revolution happening in some organizations today. But this is where they need to be, and I believe Juergen's challenge now will be sustaining investment for as long as it will take to truly combine the Intelligent Enterprise vision craft from what is essentially a large silos of product development efforts and integrations.

This overall vision is the right one, now it's about timely execution. If Juergen can truly harmonize product experience, if he can deliver on SAP Graph in 3 years and not five or six, and if he can produce an increasingly cohesive offering from existing, new, and acquired products while continuing their rate of growth, SAP is positioned to sustain and win in best-in-class digital capabilities for complex enterprises.