Oracle and Salesforce are both promising artificial intelligence assisted apps with capabilities including machine learning and natural language interaction.  Here’s what’s behind the tech and when it gets real.

Oracle and Salesforce both announced “AI” initiatives this week, but there are differences in the scope and scale of what’s promised, the pace of their rollouts and even how they’re talking about artificial intelligence.

For starters, neither vendor is talking about to sort of sentient, general-purpose AI seen in science fiction depictions ranging from “Iron Man” and “Star Trek” to “The Terminator” and “2001 a Space Odyssey.” Rather, both vendors are talking about assisting humans with “smart” apps that apply closed-loop machine learning and data science to combinations of customer data and third-party data. In some apps you’ll also see human-to-machine and machine-to-human interaction capabilities including natural language processing, voice recognition and machine vision. 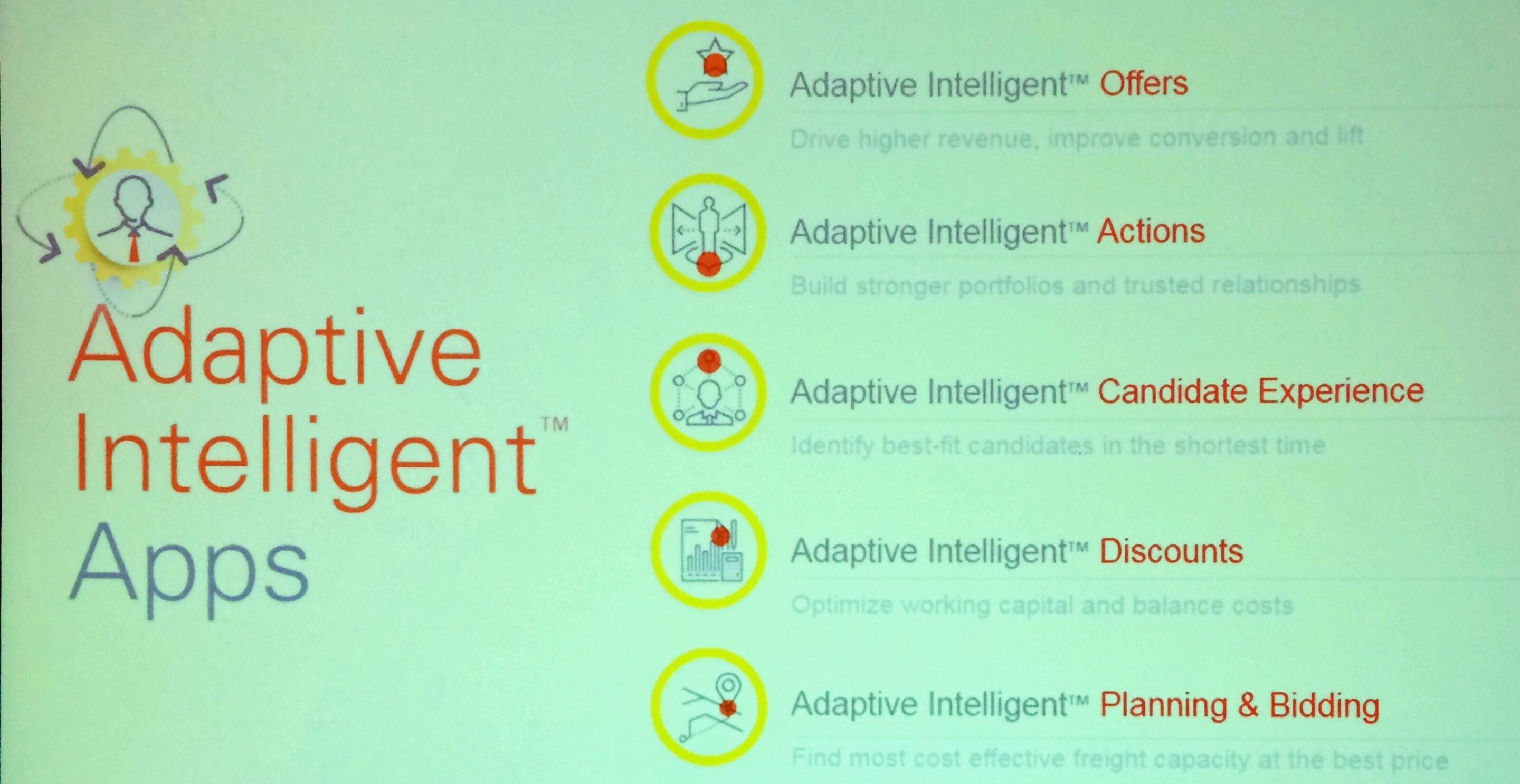 To do any of things well, you need lots of compute power, data, math and data science skills, and time to develop the capabilities. Here’s a look at what each vendor has to offer.

Intent on being the first out of the gate, Salesforce preannounced Salesforce Einstein in early September and issued a formal press release on September 19, the same day as Oracle's AI announcement at Oracle Open World. Einstein is designed to enhance existing Salesforce applications, so you’ll see Einstein capabilities embedded within the Sales, Service, Marketing, Analytics, Commerce, IoT and Community clouds. Salesforce is also bringing Einstein services and APIs to its App Cloud development platform so customers can build their own “smart” applications.

Einstein is designed to discover insights, predict outcomes, recommend next-best actions and automate tasks. In sales, for example, expect Einstein features that provide insights into sales opportunities, offer predictive lead scoring, recommend connections and next steps, and automate simple tasks such as logging phone calls and other interactions with customers.

Salesforce expects to have 17 Einstein features embedded within five of its clouds by October and 35 capabilities within eight clouds by February. Some of these features will be free upgrades to existing app capabilities whereas others will be extra-cost options. Salesforce has yet to detail which features will fall into which category and how much Einstein options will cost. Predictive Vision (GA) and Sentiment (pilot) services will be added to the App Cloud next month.

Salesforce Einstein is designed to enhance existing Salesforce apps. It will start with 17
AI features added to five clouds by fall and 35 features in eight clouds by February.

Salesforce has been buying data science and machine learning companies very publicly, spending some $700 million since 2013 to snatch up companies ranging from RelateIQ and MinHash to PredictionIO and MetaMind. It has essentially bought time invested in AI as well as IP and the expertise of more than 175 data science and AI experts. Salesforce also has asset of Data.com, which has a stockpile of business-to-business data. For compute power Salesforce recently turned to Amazon Web Services for “Web-scale” computing power.

As the name “Adaptive Intelligent Applications” suggests, Oracle is being much more conservative about throwing the term “artificial intelligence” around. Oracle’s lead executive on the project, Jack Berkowitz, said “we’re trying to avoid the hype and build apps that people can buy, use and make money with.”

Entirely cloud based, Oracle’s apps are adaptive in that they continually learn in real time, applying the context of in-the-moment behaviors to personalization, recommendations, offers and automated actions. They’re intelligent, says Oracle, in that they tap transactional and behavioral history as well as the in-the-moment context such as weather and location.

Oracle’s apps are neither rules-based or batch-oriented; new insights, content, offers and actions are generated click by click during each individual interaction. To avoid a black box approach, Oracle says the apps will include supervisory controls that will enable business users (not just data scientists) to tune and weight the priorities behind automated insights, offers and recommendations.

Oracle AI apps are, indeed, separate apps, but they will be tethered to and integrated with existing Oracle app clouds. The company’s public roadmap conservatively lists six apps: Adaptive Intelligent Offers and Adaptive Intelligent Actions on the Oracle CX Cloud; AI Candidate Experience on the HCM Cloud; AI Planning and Bidding on the Supply Chain Management Cloud; and AI Discounts on the ERP Cloud. It’s a shorter list of apps but a broad set of domains (well beyond the Salesforce CRM focus), and it will surely lead to many more apps.

Oracle is also being conservative about release dates, with the public statements saying the release will be “within the next 12 to 18 months.” In one-on-one briefings, executives said the CX apps are likely to show up by the end of 2016 with more apps to follow by the middle of 2017.

The key asset behind Adaptive Intelligent Apps is the Web-scale data of the Oracle Data Cloud (ODC). Built on the acquisitions of BlueKai, DataLogix, AddThis and Crosswise, ODC has (anonymized but addressable) profiles on billions of consumers (“more than Facebook,” said Oracle CTO Larry Ellison at Oracle Open World). ODC also recently added at business-to-business trove of 400 million B2B people profiles and 100 million U.S. businesses. Oracle has a deep analytical understanding of this data from a marketing perspective, so the CX apps (AI Offers and AI Actions) will come first. Oracle also has massive cloud investments including 19 global data centers, and Ellison is highlighting what it describes as its Amazon-busting, newly competitive Infrastructure as a Service offerings here at Oracle Open World.

Salesforce currently has the edge on time, delivering more AI capabilities sooner. It also appears to have the edge, for now, in machine learning and AI expertise. Oracle is circumspect about its assets and expertise in these areas, alluding to open source machine learning IP and data scientists from DataLogix, Oracle Labs and application domains including advertising, real-time trading systems and predictive modeling. It says it's working on ensemble modeling approaches that are more practical than deep neural nets.

This is going to be a marathon, not a sprint. As Salesforce has shown, expertise can be hired or acquired whereas compute capacity and, most particularly, data – where Oracle has a big edge — are expensive and hard to amass. Oracle Data Cloud has more than 1,500 data-supplier partners, relationships that BlueKai and DataLogix spent years cultivating. Oracle also has the edge and cost advantage on compute capacity, whereas Salesforce will have to rent from Amazon. In short, I see Salesforce as the first mover, but Oracle has significant long-term advantages.

For now, customers should keep their eyes on which features and apps are going to be free and which will be extra-cost add ons. Expect each vendor to add some easy automations and recommendations for free while charging for sophisticated capabilities. Where a vendor is playing catch up in the market, it might sweeten the deal with free AI features. If the product is dominant or entrenched, expect to pay extra for the magical time-saving and business-boosting capabilities.