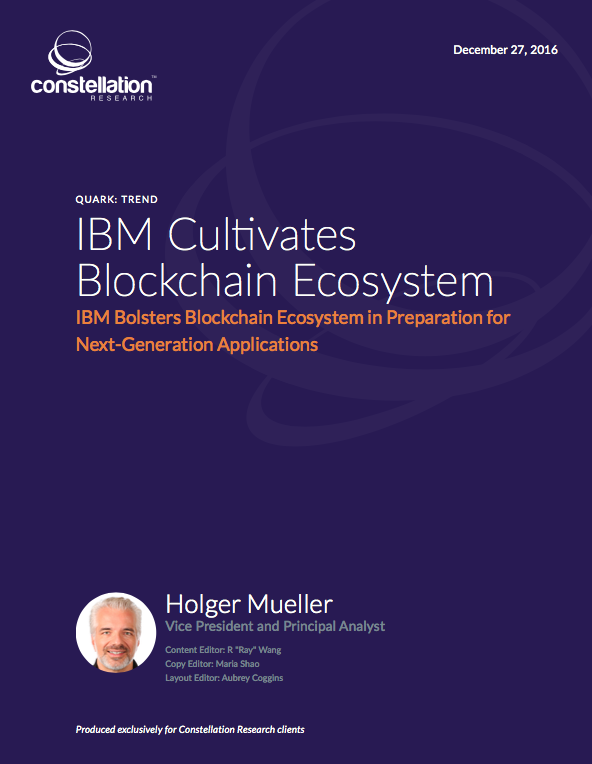 IBM announced in December 2016 that it would help create, foster and support an ecosystem around Hyperledger Fabric v1.0, an open source collaborative effort to advance blockchain technologies.1

In effect, IBM is playing the role of a godparent to a godchild: It is not primarily responsible, but is a benevolent actor who has the good of the child in mind. IBM’s move helps spur the development of blockchain networks that have the potential to transform the way businesses conduct transactions.

This report highlights both the know-how and the training offerings that IBM will provide through its Bluemix Garage Method as well as discusses ecosystem member benefits. Overall, Constellation thinks that IBM has set itself up in a very favorable starting position to become a key blockchain ecosystem provider.