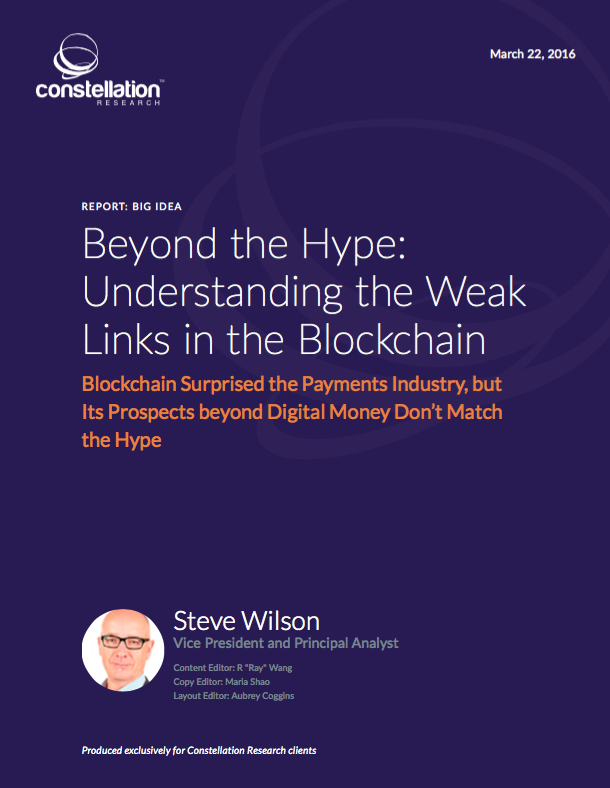 Blockchain Surprised the Payments Industry, but Its Usefulness Beyond Digital Money Does’t Match the Hype

No new technology since the Internet itself has excited so many pundits as has blockchain. Launched just seven years ago, blockchain is the underlying platform for the Bitcoin digital currency, which took the payments industry completely by surprise. Blockchain is tipped to have endless applications beyond payments – including land titles, identity management and e-health records - and is almost universally labeled as disruptive, but it’s really too early to tell.

Blockchain was designed specifically for one main goal: preventing the “double spend” of electronic coins, without a central authority. Yet few of the mooted use cases are vulnerable to double spend or anything analogous. At the same time, many important security objectives are not provided by blockchain at all. Thus, blockchain is neither necessary nor sufficient for many of its suggested applications; in practice it’s massively over-engineered, or incomplete, or both.

The most important thing about blockchain may prove to be the new generations of distributed ledger technologies it has inspired. This report reviews blockchain’s special properties, provides practical advice for deploying digital ledgers, and soberly re-assesses their true disruptive potential.

This report highlights the inherent weaknesses of Blockchain, weakensses that make blockchain a vulnerability in many business applications.