We had the opportunity to attend ADP's 25th Meeting of the Minds (MOTM) user conference, held in Orlando at the Walldorf / Hilton from March 18th till 23rd 2018.

Take a look at the event video first (if it does not show up - please check here):

Here is the 1 slide condensation (if the slide doesn't show up, check here):
Event Report - ADP Meeting of the Minds 2018 - Stay the course from Holger Mueller

Want to read on? Here you go: 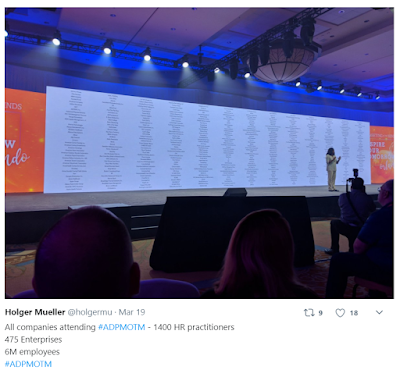 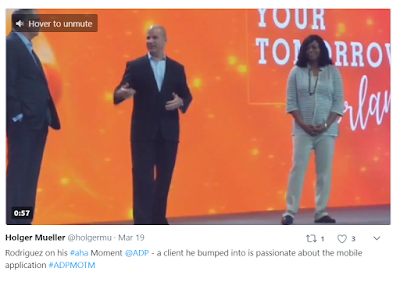 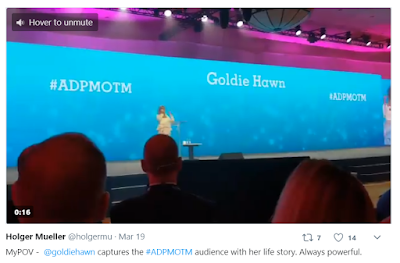 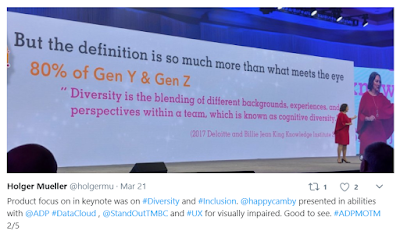 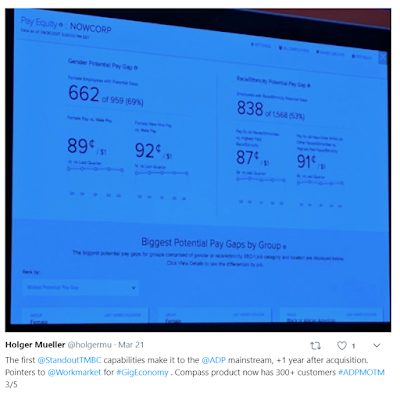 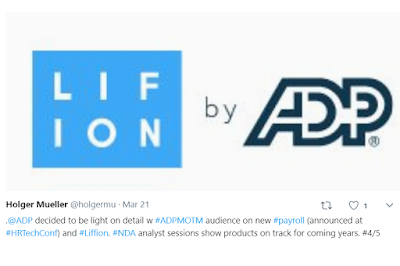 If you want to learn more about the keynote, key tweets are collected in this Twitter Moment here.

A good event for ADP customers and prospects. ADP keeps delivering on a steady pace and creates value for its customer base. The focus on diversity and inclusion is high on people leader's agenda, so it is no surprise that ADP also focuses on this important topic. Good to see also the first TMBC assets making it to the mainstream North American customer base that ADP is targeting with its Meeting of the Minds conference.

On the concern side,  ADP is moving at a conservative, maybe too slow speed. One year is enough time for most vendors to create integrated value from an acquisition like TMBC. And ADP announced its new payroll product, Pi, back at the HR Tech conference in fall - so an update to the MOTM attendees would have been timely. Not to mention ADP's new HR core system Lifion, that ADP advertises for talent publicly, but choose to mention in Orlando. It's always good for enterprises software vendors to be conservative and quality focused, and ADP customers certainly expect that, but vendors can't be too slow rolling out differentiating capabilities either.

Overall a good event, customers and ecosystem are happy with the progress. A lot of new innovation should see the light at ADP MOTM 2019, fingers crossed. Stay tuned.