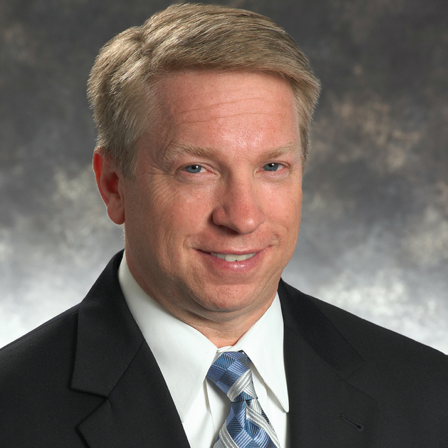 Under Haindl’s leadership, ARI became one of only 100 companies in the world and the first in its industry to implement the innovative SAP HANATM platform - leveraging the power of in-memory technology - for delivering real-time analytics on high volumes fo data.SAP HANA processes ARI’s Big Data 3,600 times faster than traditional hard drives.  Ultimately, ARI has completely transformed the fleet industry by making this new awareness more accessible, understandable and actionable to help fleet managers run their fleets more efficiently and at a lower cost than ever before.

When a request for a year-end activity report came in around 4:00 on a Friday, the team first used the existing technology to perform the analysis.  Roughly 24 hours later, the report timed-out.

In just three seconds, the team had the data they needed.  Then, before the CFO was finished asking for the next level of analysis, they already had the new answer!

The implementation of SAP HANA spanned a short 3 weeks -- over a holiday season, and that one step produced a 5% cost reduction in total overhead expense. Even more significant has been the increase of activity by users of the ARI insights® system.  From January 2008 to June 2012, database queries increased from 175,000/day to 791,000/day.  Going back to 2009, approximately 6,300 unique users logged into ARI insights® per month, which had increased to 8,648 in June 2012.  These statistics show the value SAP HANA is bringing to us as more and more customers are relying on ARI insights® for its integration, analysis and projection capabilities to improve the total cost of ownership of their fleets.

With traditional database technology, data is stored on a hard drive and then pulled into memory to be used in an application.  If the data a fleet manager needs is not readily accessible, then he/she waits while someone else performs the analysis.  Now, ARI’s technology empowers fleet managers, even on a smartphone or tablet, to gather the information, quickly change it, and visualize it until they get exactly what they need.

Seeing the figures for our current year sales growth and client retention has been a shining moment that I share with Gene Welsh, ARI Senior Vice President Sales & Marketing.  Year-to-date, ARI has experienced 10 percent growth in our managed vehicle inventory. While we can’t substantiate the amount of growth attributable to the new technology, it is certain that we have lost no clients to a much better technology solution.

From 2009, ARI has shown the largest percentage of managed vehicle growth among the U.S. industry’s top fleet management companies according to published managed vehicle inventory comparisons (27%).

ARI is a global vehicle fleet management leader that drives results for Fortune 1000 organizations.  Its employees manage over 915,000 vehicles in North America and the UK, and combined with its strategic partners, more than 1.8 million vehicles globally.

In 2012, ARI introduced ARI analyticsTM, the fastest, most granular predictive analysis system available based on SAP HANA.  Fleet managers now find previously-hidden correlations and make educated predictions about preventive maintenance, fuel spend, driver safety and productivity, and more.  They can act on findings instantly and forecast their vehicle needs and costs with accuracy in response to changing business conditions.  Ultimately, ARI has completely transformed the fleet industry by making this new awareness more accessible, understandable and actionable to help companies run their fleets more efficiently and at a lower cost than ever before.