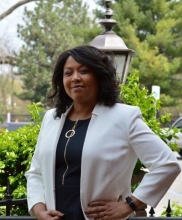 The City of Fort Wayne is home to 250,000 citizens. Its 311 Call Center acts as the city’s “front door” to local government. This community resource responds to and resolves citizen concerns that range from pothole maintenance and downed tree limbs to lost pets and broken street lights. In addition to addressing day-to-day neighborhood problems, the 311 Call Center gives a voice to its residents, recognizing their needs and enabling the city’s 23 departments­–from Parks to Solid Waste–to consistently meet these demands.

The City of Fort Wayne’s 311 Call Center exists to increase its citizens’ quality of life. It’s a big city with a small town feel, that other cities have looked to emulate.

There is a perception that city government is inefficient and costly. Fort Wayne wanted to change this notion, by capturing the voice of its citizens and publically holding city departments and officials accountable.

To do this, the 311 Call Center needed to modernize. The city needed to adopt technology that would allow citizens to engage on their preferred channels, not just on the phone. It needed to encourage self-service, by providing consistent answers on digital and mobile platforms. It needed an accurate and cost-efficient way to capture citizens’ concerns and route them for resolution across 23 departments. It needed to streamline efforts and reduce the cost of administration. And it needed a way to capture all this data in a report that they could share share with city leaders to proactively shape their initiatives, and also share with citizens to prove their increased responsiveness, effectiveness, and desire to make Fort Wayne a better home.

To provide a consistent and enhanced citizen experience, the 311 Call Center deployed Oracle Service Cloud. This modern customer service technology helped create process flows like dynamic scripting and built out an extensive knowledge base of answers.

The Call Center added self-service options through an interactive website and new mobile app. An integrated mapping feature visually depicted problems, warned other citizens of an issue’s pervasiveness (such as flooding or power outage), and illustrated that the city was actively solving the problem. The mobile app encouraged bi-directional communication between the city and its citizens. Through the website, telephone, or social apps, residents could pin point any issues using GPS, upload images, and submit a request that would automatically open a service request with the appropriate city department.

By streamlining operations, the city now collects massive amounts of data generated by its engaged citizens. Oracle Service Cloud allows the Call Center to combine this data into a city wide performance scorecard. Generated monthly, city leaders use the report to gauge, assess, and mange city wide service delivery performance. By publishing it on the city’s website, Fort Wayne increases its transparency and demonstrates public accountability.

This data also enables local leaders to proactively analyze citizen concerns. They can allocate budget to create services that directly address community issues, instead of reacting to bigger problems down the road. In addition, a survey tool enables the Mayor to further engage with city residents, collecting their input on ideation, budget prioritization, and problem solving. That feedback supports city leaders in their planning efforts. Lastly, the Mayor and other elected leaders now have direct communication channels to interact with Fort Wayne citizens throughout their terms, making the government more approachable and accountable.

By integrating the city into one unifying service initiative, Fort Wayne can quickly and accurately respond to a citizen’s request. It used to take two weeks to fill a pothole. Now, street repairs are fixed 1400% faster, and a pothole is filled in less than 24 hours. Departments used to dread the Call Center’s barrage of work orders, and now they’re considered a partner in success.

The Call Center itself is more efficient. Average wait time has decreased 59%, abandoned calls are down by 63%, while the percentage of calls answered are up 18% and average handle time is down 12%–all with fewer staff (YOY).

The city’s service initiative also holds citizens accountable. For example, the mobile app lets trash collectors document those who forget to put their bins out, arming Call Center agents with photo proof when tardy citizens call to complain that the truck “missed” their home. What may seem trivial was a constant irritant to agents who spent 15 minutes per call, 50 times a week, resolving the issue. It has also reduced friction between the trash company and the Call Center, as they no longer roll a truck across the city for one tardy bin.

The City of Fort Wayne 311 Call Center uses Oracle Service Cloud which integrates with a CRM Social Monitor, Hansen, Acella, GIS, Interactive Intelligence and Google Earth. The Oracle solution also includes an enhanced website that showcases tickets submitted through the website and mobile app alongside photos, time stamps of submission and resolution, and an aerial map view of the tickets. The City of Fort Wayne also designed a citizen and employee integrated mobile application.

Fort Wayne set out to change the perception that local government is inefficient and unapproachable. In just one year they’ve changed that notion, setting the bar high for other cities.

By modernizing the Call Center’s service initiative, potholes are fixed faster, lost dogs are found, and the city runs more smoothly. They are making the City of Fort Wayne a connected community, not just a place to live.

Typically, a city engages with its constituents by phone. Fort Wayne interacts with citizens on whatever channel they prefer–be it phone, web, email, or mobile app. The mobile app encourages citizens to create service requests, send messages to departments, see requests submitted by others, access a map showing the location of each issue, and resolution time. This level of transparency and modern communication is unique in city government.

The Call Center changed the game by unifying the entire city’s metrics into one performance scorecard, holding departments accountable for their service performance. By giving departments the technology and tools to efficiently operate, Fort Wayne increased productivity to where some areas will be making money–dollars that can be proactively invested in education or parks, for example. Through online surveys, Fort Wayne’s citizens can partner with city leaders on budget allocation, current projects, and problem solving. The city has given them a voice in the decision making process.

A shining moment for me was when our 311 Call Center won first place in the elite 2017 Oracle Game Changer Award competition for our creative design and use of technology during our software implementation. This was a powerful, “bucket list” accomplishment that our entire community took pride in and shared among residents, business, and government leaders alike.