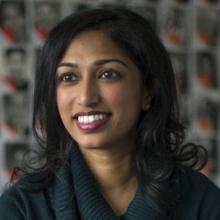 Ashoka is a global nonprofit and the largest worldwide network for social entrepreneurs. Founded in 1980, Ashoka provides start-up financing, professional support services and international connections for ‘changemakers’ who are working towards a greater social good. The company’s network includes nearly 3,000 Ashoka Fellows in 70 countries, which allows Ashoka to have an impact on social entrepreneurship and innovation throughout the world.

Ashoka’s global workforce had outgrown the company’s Excel-based HCM system and required a modern human resources solution to support its growth. Primarily relying on large Excel spreadsheets and an array of physical files, Ashoka’s HR department was unable to accurately track and record core HR data. As a result, productivity was negatively impacted, as Ashoka’s employees were unsure how to access their HR-related information. Also, the company’s onboarding process was paper intensive and time consuming, thus setting a slower tone for new hires. The HR efficiency issues were compounded by Ashoka’s international presence. Ashoka’s many offices worldwide had each developed their own methods for tracking and recording HR data, a practice that proved detrimental to productivity and was unsustainable for continued growth. This fragmented HCM strategy hurt Ashoka’s overall company alignment and prevented its offices and employees from making strategic connections. In order to address these issues Ashoka implemented FinancialForce HCM, which provided the company with a centralized, cloud-based HCM system equipped to handle the needs of its modern, international workforce.

Ashoka had previously deployed Salesforce’s CRM software and realized that it would be beneficial to implement an HCM system that was built natively on the same cloud platform, ultimately selecting FinancialForce HCM. Ashoka rolled out its new cloud-based HR solution in two separate phases in 2014, and upon completion, FinancialForce.com elevated Ashoka’s HCM into the cloud, which automated the system and provided Ashoka employees with increased mobile capabilities. This allowed the company to do away with its antiquated Excel system and consolidate its personnel data in a single, easily-accessible database. The overall impact of the FinancialForce HCM implementation has been tremendous and has equipped Ashoka’s HR department with the necessary tools to meet and exceed employee expectations.

With FinancialForce HCM, Ashoka can now properly address the needs of its international workforce. The most important impact of the FinancialForce.com implementation was that FinancialForce HCM consolidated Ashoka’s five sources of personnel data sources. This subsequently provided Ashoka’s employees with the ability to instantly access their most up-to-date HR information in a centralized, cloud-based database. The implementation also equipped Ashoka with an automated HCM system that boosted the company’s overall efficiency and transparency. By eliminating the need for the siloed, local-office HCM systems, Ashoka was able to unify its global operations and facilitate increased collaboration between its international teams. Furthermore, since implementing FinancialForce HCM, Ashoka’s employees have become more engaged and productive as they can easily track their personal records, benefits, goals reviews, time off and compensation. By deploying FinancialForce HCM Goals and Performance, Ashoka made employee and team goals visible throughout its international network, which boosted accountability and increased overall cooperation. The elevation of Ashoka’s HCM system into the cloud has fostered stronger inter-office connections and boosted company-wide efficiency.

FinancialForce.com has streamlined all of Ashoka’s HR functions and provided it with unparalleled levels of employee engagement and efficiency:

FinancialForce.com develops business applications on the Salesforce1 Platform, including apps for financial management, PSA, SCM and HCM. FinancialForce HCM equips customer-centric businesses with a powerful cloud-based HR solution that can accommodate the most complex enterprise requirements. This HCM solution works seamlessly with FinancialForce.com’s other ERP applications and Salesforce CRM, thus allowing companies to elevate all their business operations onto a unified cloud platform.

The most game-changing aspect of the FinancialForce HCM implementation was the impact that it had on Ashoka employee’s goal setting and personal progression. Employees are now able to access their goals and track their professional development with the click of a button, which has led everyone in the organization to be more engaged and empowered with regards to their personal trajectory. FinancialForce.com also aligned all of Ashoka’s international offices behind a common set of employee goals. Employee progression metrics are now shared across teams and offices, resulting in higher levels of accountability and transparency. This increased inter-office visibility provides Ashoka employees with a better understanding of how their personal goals fit into the broader organizational initiatives, which prior to implementing FinancialForce HCM, this information was rarely shared outside of specific offices. Overall, making employee goals more visible has helped Ashoka to tear down organizational siloes and increase company synergy.

FinancialForce HCM was particularly appealing to Ashoka because the company already hosted its CRM software on the Salesforce1 platform. Operating on a single cloud platform means that Ashoka employees only need to log into to one system to access all the data that they require to do their jobs. Overall, the seamless integration between FinancialForce HCM and Salesforce CRM adds significant value to Ashoka’s choice to use FinancialForce.com as its central HR system.