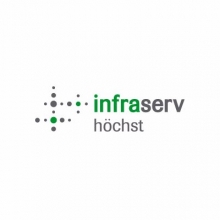 Vote for this Entry
Category: Tech Optimization and Modernization

Tech Optimization and Modernization
The Organization:

Infraserv Höchst provides the infrastructure services for Industriepark Höchst, an organization with a history dating back to 1863 that has attracted more than 90 companies in the chemical and pharmaceutical industry dispersed across its 460-hectare industry site. Uniquely positioned in the middle of Germany, close to Frankfurt, Industriepark Höchst provides ideal access to logistics via road, railroad, the Main River, and the nearby Frankfurt International Airport. The campus originally was the site of German chemical industry giant Höchst but has been opened to other enterprises since 1997. Infraserv Höchst was formed from the former Höchst company’s site services division during that time period.

Infraserv Höchst realized early on that supporting mobile technology would be crucial for its success as a services provider for companies in Industriepark Höchst. Many of Infraserv’s offerings are delivered across the Industriepark, and it was clear that adopting modern mobile solutions, instead of processing with pen and paper, would be the right response to achieve high satisfaction from customers well as from employees.

Given the diversity of offerings, it was also clear that no one-size-fits-all mobile approach—supporting smartphones only, for example—would work. Tablets, visors, display boards, and many other form factors would have to be supported. It was also clear that Infraserv’s specific needs were unlikely to be met with standard software from any software vendor: Those needs were too specific in most cases, and sometimes the number of users at Infraserv was too small to justify the implementation cost.

In 2016 Ralph Urban and Francesco Puglisi from the Infraserv IT team looked for tools for building applications that could power these Infraserv offerings. Because Infraserv was an SAP customer, they looked first at SAP’s products in the space, but failing to see a coherent and clear product offering to meet its needs, the team turned to the overall market for low-code/no-code solutions.

The team picked three use cases for which it tested the shortlisted vendors, looking at capabilities and the speed of building a solution. The clear winner, based on a capability, speed, and overall total-cost-of-ownership (TCO) evaluation, was Neptune Software. A major differentiator for Neptune was also that it was operating-system- and platform-independent. The ability to support different screen form factors has been the right focus: Today Infraserv operates more than 27 different screen form factors, including a smartglasses solution.

Although Infraserv started cautiously with a single Neptune app in 2017, it was already up to six apps in 2018, expanding to 20 apps in 2019 and 40 in 2020. As of March 2022, Infraserv was running 73 Neptune apps, a testament to the value the Neptune platform delivers for Infraserv.

Infraserv operates IT under a stringent three-year return-on-investment (ROI) time frame. All Neptune projects must reach break-even after three years of operation. Interestingly, most of the projects Infraserv has undertaken with Neptune took only four to six months to reach break-even.

The most prominent drivers for higher ROI are as follows: selection of the right projects, with high automation gains, by management and business partners such as Francesco Puglisi; cost-effective Neptune licensing (per user, creating an incentive to build more apps for the same user); and the speed at which Neptune apps can be created.

Malfunction reporting propels Infraserv into the 21st century, both from asset protection and workplace safety.

Infraserv Höchst is a leader in the development of research and production sites in partnership with chemical and pharmaceutical companies and offers custom modular solutions as well as innovative integrated service bundles up to end-to-end site operation services.