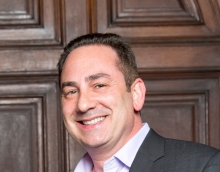 Sharks Sports & Entertainment is the parent organization of the NHL San Jose Sharks and the AHL San Jose Barracuda, operates four ice facilities in Northern CA including SAP Center, and has a non-profit foundation. In a non-pandemic year, we host ~180 in-person events at SAP Center and combined more than 3 million people visit our four facilities.

If you’re in the business of live sports and entertainment, how do you entertain and engage fans when you can’t put on any events?

The NHL regular season was paused on Mar 12, 2020 and didn’t restart in NorCal until Feb 2021 – nearly a year later. Similarly, all concerts and family events were cancelled or postponed; the first concert at SAP Center is scheduled for Aug 2021.

Like other businesses, sports teams had no playbook for how to operate during a pandemic. The last time all of the four major U.S. sports leagues didn’t play in the month of April was in 1883. For the first few weeks, teams resorted to tried-and-true fan engagement techniques: airing classic games, releasing never-seen-before content, and interviewing players stuck in quarantine.

Starved for something more engaging, some teams started streaming simulated games using NHL 20 from EA. The idea was to “complete” the regular season by simulating the remaining matchups on the nights the games would have been played and “broadcasting” the results on social media (primarily Twitch).

In experimenting with simulated games, we soon realized the natural limitation of two computers pitted against each other. It lacked the spontaneity of human involvement; the compelling part of live sports. It wouldn’t be sustainably engaging for fans.

To make games more engaging, we added fans into simulations alongside the pro players. We modified the fans’ simulated players to match their real-life height, right/left-handed shot, jersey name & number, etc. We ignore restrictions of age/time by including alumni players on the same team with current ones and simulating life-long debates on best-ever line combinations. We even tried including the same player from two different times in his career.

Our regular play-by-play announcer called the games live – adding all of his trademark energy, sophisticated analysis of broken plays, and goal celebrations.

We also extended our corporate partners into the simulated world. Rather than just adding their logos, we found creative ways to tie in sponsors. For example, Western Digital awarded free 2TB external hard drives to select participants to use for their gaming needs.

Simulated games became so popular we launched a two-month-long tournament.

True to our experimental mindset, there were unexpected results. When a fan was digitally injured during a simulated game, his initial reaction was severe disappointment – screaming ‘unfair’ multiple times and demanding his money back. But, after being carried into the virtual locker by the simulated players, disappointment turned into an unforgettable experience. The experience was made even more special when the Sharks General Manager and trainer called him to deliver a ‘get well’ message. He later wrote “Definitely a highlight of 2020 and a moment I won’t soon forget.”

Another fan scored the game-winning goal during overtime and, after a simulated on-ice celebration with teammates, received a congratulatory phone call from our GM. That fan was one of the first back into SAP Center to watch a Sharks game when we re-opened the building to a small number of guests in April 2021.

The Sharks Pacific Cup was an overwhelming success, setting esports records for the number of competing teams and the size of the cash prize for the winner. We significantly expanded our brand -- more than 80% of the participants and viewers were not previously a registered profile in our database.

NHL 20 from EA for simulating games

Twitch for streaming and live messaging

From a Sharks point of view, we hadn’t previously simulated hockey games and didn’t have a Twitch account before the season was paused. While other teams were content to let computer simulations continue as designed, we decided to “break the rules” by mixing live humans with computer-generated ones and ignoring the limitations of players who could never have played against each other. In this way, we weren’t trying to create a digital twin that recreates the physical world but rather tap into fans’ imaginations to create theoretical matchups.

In this way, simulated esports becomes a complement to live events – not a replacement. We could simulate a game the day after a live one but use a player who wasn’t in the lineup on the previous night. We could alter a few key sequences to see how that might have impacted the outcome. To stir a bit of controversy, we could even allow fans to replace one of the professionals who they feel didn’t play their best and compare how the fan performed in that situation. That would certainly create both disruption and engagement.

We knew we had something special when a fan was digitally injured, screaming ‘unfair’ multiple times and demanding his money back. Some things don’t change between live events and simulated ones! Despite this initial reaction, our mix of simulated and real-life follow-up (via a phone call from the GM) turned his disappointment into an unforgettable experience. The fan later wrote “Definitely a highlight of 2020 and a moment I won’t soon forget.”

Emerging through a shark’s mouth in 1991, Sharks Sports & Entertainment has grown into a multi-faceted org that includes the SAP Center, NHL San Jose Sharks, AHL San Jose Barracuda, three Sharks Ice facilities, & the non-profit Sharks Foundation. We work and play in Silicon Valley, and are deeply influenced by the technology, innovation, and diversity that surrounds us.