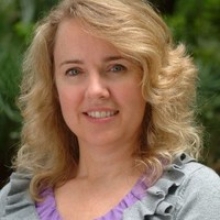 At Red Hat, two integral parts of our organization are community and innovation - we use a community-powered approach to deliver high-performing technologies, and as such, we want to ensure that our associates experience a seamless digital journey.

A key part of our vision here at Red Hat is to ensure a frictionless associate experience, so our associates have all of the tools to help them get their work done as efficiently as possible. For this reason, we utilize close to 400 internal applications for our 13,000 associates. Although this investment was made with productivity in mind, we found that the number of platforms associates could encounter in any given day left opportunity for an improved user experience. We also recognized that IT had the potential to expand its focus to include digital adoption, so Red Hat could truly realize the value of our technology investments.

In addition to reduced productivity, inefficient use of these digital tools caused downstream impacts like inaccurate data and incomplete processes. For example, our delivery teams use a Professional Services Automation (PSA) tool, a bolt-on to Salesforce, to manage the customer project lifecycle. Each time delivery consultants create a customer project in PSA, they need to initiate and maintain several milestones. This is a repetitive and laborious task, which often resulted in users either omitting required information or entering data incorrectly and in turn created rework across several parties.

Red Hat was also facing an organization wide migration to a new HCM platform (Workday®), and our IT department was dedicated to reducing the change fatigue that often accompanies large scale digital transformation.

With the goal of having an end-to-end journey that feels seamless for our associates, we knew that we needed to change our mindset from our traditional training methods of web sessions, recordings, and job aids, to one of enabling information, resources, and training on-demand.

Our solution was two-fold. First, we formed a Transformation Center of Excellence made up of three teams - a Digital Adoption team, a Change Management team, and Process Improvement team. Second, within the Digital Adoption team, we invested in a digital adoption platform, WalkMe, and layered it across 10+ applications, with several more being actively developed, to ensure Red Hat associates can effectively leverage our technology stack.

The results we’ve seen include streamlined training and onboarding, improved user experience, increased feature adoption for our associates, all while decreasing our number of support tickets and saving time.

For Workday, Red Hat utilized WalkMe as their tier 0, self-service training model for all associates. Content was developed and deployed to support 70 business processes including a homepage guided tour and in-application user satisfaction surveys. Notably, cross-application support was designed via WalkMe, to help users engage with the help desk chat support and community.

Red Hat provided this guided content in a total of 10 languages and validated content against ADA conformance standards by ensuring screen reader compatibility. Training teams were able to leverage the WalkMe content by using it as a foundation for key job aids, creating a complimentary effort instead of a duplicated one. Finally, go-live and hypercare support teams relied on the WalkMe content before an issue could potentially be escalated to the service desk.

Red Hat utilizes WalkMe’s automation functionality within PSA to simplify a multi-step process, reducing what used to be 15 clicks within the system to only 1 click. In addition to that 93% decrease in clicks, we’ve also auto-populated data in 9 key fields along the way, ensuring data accuracy and alignment to business processes. These changes will help to avoid unnecessary rework by sales bid desk teams, signatories, and customers.

Thirty days post deployment of WalkMe, Red Hat saw 95% of PSA users engaged with WalkMe content. Comparing sixty days to thirty days post deployment, there was a 15% increase in the number of projects created and a 26% increase in WalkMe plays. This indicates that a rising number of users continued to rely on the automation in the WalkMe content to complete their tasks, two months after the initial deployment. While project creation in the 60-90 day range decreased, engagement with WalkMe content slightly increased.

For Red Hat, implementation of a digital adoption platform and development of a dedicated team has created an extensive and lasting impact for how Red Hat associates utilize technology, especially PSA® and Workday®.

WalkMe pioneered the Digital Adoption Platform combining insights, engagement, guidance and automation capabilities into a transparent layer of predictive, contextual help that sits on top of an enterprise’s digital assets. The platform is a holistic approach to digital adoption that simplifies any organization’s digital assets for the overwhelmed user and is completely customizable to align with the company’s requirements and branding.

The strategy of our Transformation Center of Excellence hinges on serving both an implementation function and an enablement function -- allowing us to rapidly scale the implementation of WalkMe without dramatically staffing up in a centralized team. We shifted away from using WalkMe as a training solution on a couple sales-specific platforms and instead embraced it as a tool to elevate our associate experience and boost productivity across the enterprise. A key part of our success has been creating awareness around our digital adoption program, with initiatives like creating an intranet site dedicated to our program as well as organizing internal roadshows and monthly lunch and learns to educate other departments on our value.

By creating a Transformation Center of Excellence within Red Hat IT and investing in a digital adoption strategy, we’re helping our associates become more efficient and productive while using new and existing systems. Our vision allows them to focus more energy on being innovative and collaborative in order to drive Red Hat growth. This journey has allowed us to rethink the way our users interact with digital tools and to bridge the gap between our associates and technology.