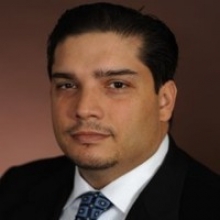 The Information Technology department of the LA Dodgers is responsible for all infrastructure related to supporting the LA Dodgers at Dodger Stadium, Camelback Ranch in Glendale and Campo Las Palmas.

The Los Angeles Dodgers franchise, with six World Series championships and 23 National League pennants since its beginnings in Brooklyn in 1890, is committed to a tradition of pride and excellence. The Dodgers are dedicated to supporting a culture of winning baseball, providing a first-class, fan-friendly experience at Dodger Stadium, and building a strong partnership with the community. With the highest cumulative fan attendance in Major League Baseball history and a record of breaking barriers, the Dodgers are one of the most cherished sports franchises in the world.

The LA Dodgers have faced substantial challenges with their current IT infrastructure. They have a small IT staff and were not able to keep up with the patching and maintenance needs of their existing analytics processing systems. They also needed to speed up data analytics modeling for better operational, baseball, and fan analytics. They needed to be able to maintain critical uptime for game day ticketing, concessions, and retail transactions. Additionally, they wanted to streamline data center maintenance and analytics infrastructure patching.

The LA Dodgers worked closely with Cisco to evaluate Cisco Hyperflex™ Hyperconverged Infrastructure (HCI) with Intel® Xeon™ Scalable processors and Intel® Optane SSDs. After an evaluation, they determined this next-generation analytics processing system solution would help them reduce the IT management overhead and also provide faster insight to their ballpark analytics.

The Dodgers selected and implemented Cisco HyperFlex with Intel® Xeon® Scalable processors and Intel® Optane™ technology and it sped up mission-critical analytics processing by 13x, producing data in minutes vs. hours. They were also able to reduce analytics infrastructure footprint and licensing costs by more than 70 percent as well as less power and cooling environmental benefits. The implementation of new infrastructure triggered a shift in IT focus from legacy analytics processing systems maintenance to future growth and innovation. Staff who were almost constantly patching the old legacy system can now simply deploy patches thru the new HyperFlex analytics processing system and can shift their attentions to implementing innovative new IT solutions.

“We do a lot of video analytics, which is such a heavy workload with so many data points involved,” Esquibel says. “… naturally, having our analytical models running 13 times faster ultimately helps us win ball games.” Equally important are the analytics driving better fan experiences at Dodger Stadium. With a clearer, more timely understanding of fan movement, purchases, and preferences, the team is delivering more personalized guest services.The Cisco HyperFlex and Intel Optane SSDs analytic processing infrastructure has also dramatically simplified the club’s technology infrastructure and operations. “The size and complexity of a technology stack can get out of hand quickly,” says Esquibel, noting the IT team’s two system admins had been struggling to monitor and maintain 30 legacy server nodes on a one-by-one basis. “When you’re constantly patching things and putting out fires, it creates liabilities with security and compliance. With Cisco HyperFlex and Intel Optane SSDs, we no longer have to fight those fires.” Instead of managing 30 legacy nodes individually, the Dodgers are now using Cisco HyperFlex software-defined automation to manage 8 nodes collectively. 2 racks of physical gear have been consolidated down to half of a rack. More than 30 hypervisor hosts have been whittled down to 6. And yet, the team has more computing power and memory performance than its IT leaders could have imagined.

The new HyperFlex analytics processing system allows data analytics to be almost instantaneous for the various segments of the Dodger organization. Where post-game reviews of analytics historically happened the next day; the staff can now respond to some analytics real-time and others can be handled post-game to prepare for the next day of activities. The analytics speed also allows the team to drill into new facets of the analytics and add new factors into their evaluation process in order to better utilize the dataset which has been gathered for better decision making.

From an internal disruption, this changed the way the analytics team worked in that they typically started a job and waited hours for the results. Now they are able to take those results at a near real-time, analyze them, and drill into additional factors to make the best possible decisions for the organization.

The day the HyperFlex analytic processing system came online, the IT staff didn’t tell the analytics team about the change. The analytics team ran their jobs which typically took 7 hours returned in 30 minutes, they told the VP know that something was wrong with the system. After validating the data set was indeed correct, the VP told them about the implementation of the Cisco HyperFlex system and he realized that this system would, in fact, change the way their organization worked.

The Los Angeles Dodgers are an American professional baseball team based in Los Angeles, California. The Dodgers are members of the National League West division of Major League Baseball (MLB).