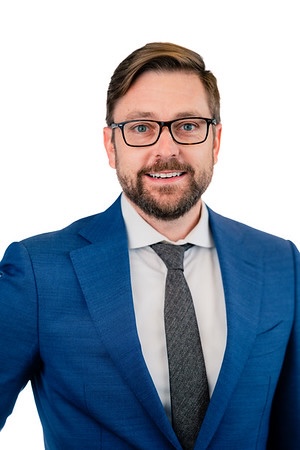 Michael Duffy serves as Vice President of Product at Electric Power Systems, where he leads the company’s business development and product management units as it introduces certifiable products to the market.

Prior to his work on electric VTOL, Michael worked in Boeing Defense, Space and Security where he pushed the boundaries of vertical lift technology. He led a large-scale wind tunnel test for Active Flow Control technology on the V-22 Osprey aircraft, demonstrating a payload improvement of over 1,200 lbs. He also led the design and test of Nacelle Sails, which were flight demonstrated to improve the V-22 Osprey lift to drag ratio by 15%.   Michael also led various technology programs to improve vertical lift performance for military aircraft such as adaptive rotor technology for DARPA and ONR.

Michael currently hold 9 patents with 6 additional patents pending.  He has participated in Boeing Leadership Next program, which is 2-year accelerated leadership program designed to provide experiential learning through rotation across various leadership positions.  He is currently finishing his MBA at Washington University of St. Louis, with expected graduation in Spring 2023.  He holds a Master of Science in Aerospace Engineering at Georgia Institute of Technology and a Bachelor of Science in Aerospace Engineering at Penn State University. 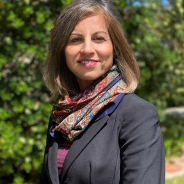 Anshu Narula is Rivian’s Vice President, Digital Technology. At Rivian, Anshu is responsible for the strategic development of Rivian’s digital ecosystem. She leads teams building products and architecting systems across the technology stack, which has her overseeing a wide range of initiatives from rivian.com to charging software, in order to best serve Rivian B2C and B2B customers. With more than 20 years of experience in product development, technical management and software architecture, she’s passionate about technology and building products that are simple, scalable and engaging.