Early adopters are ramping up investment in artificial intelligence (AI) technologies in 2018 reveals an AI study conducted by Constellation Research. Sixty percent of C-level executives surveyed say their organizations plan to increase investment in AI by over 50% compared to last year. AI budgets, however, remain relatively modest with 92% of respondents expecting to spend less than $5 million on AI in 2018.

Modest AI budgets signal cautious adoption and deployment of foundational AI technologies for now. However, because AI often delivers successes exponentially, Constellation expects AI budgets to continue to rise by more than 50 percent annually for the next four to five years as AI R&D yields bigger successes at an increasing pace. 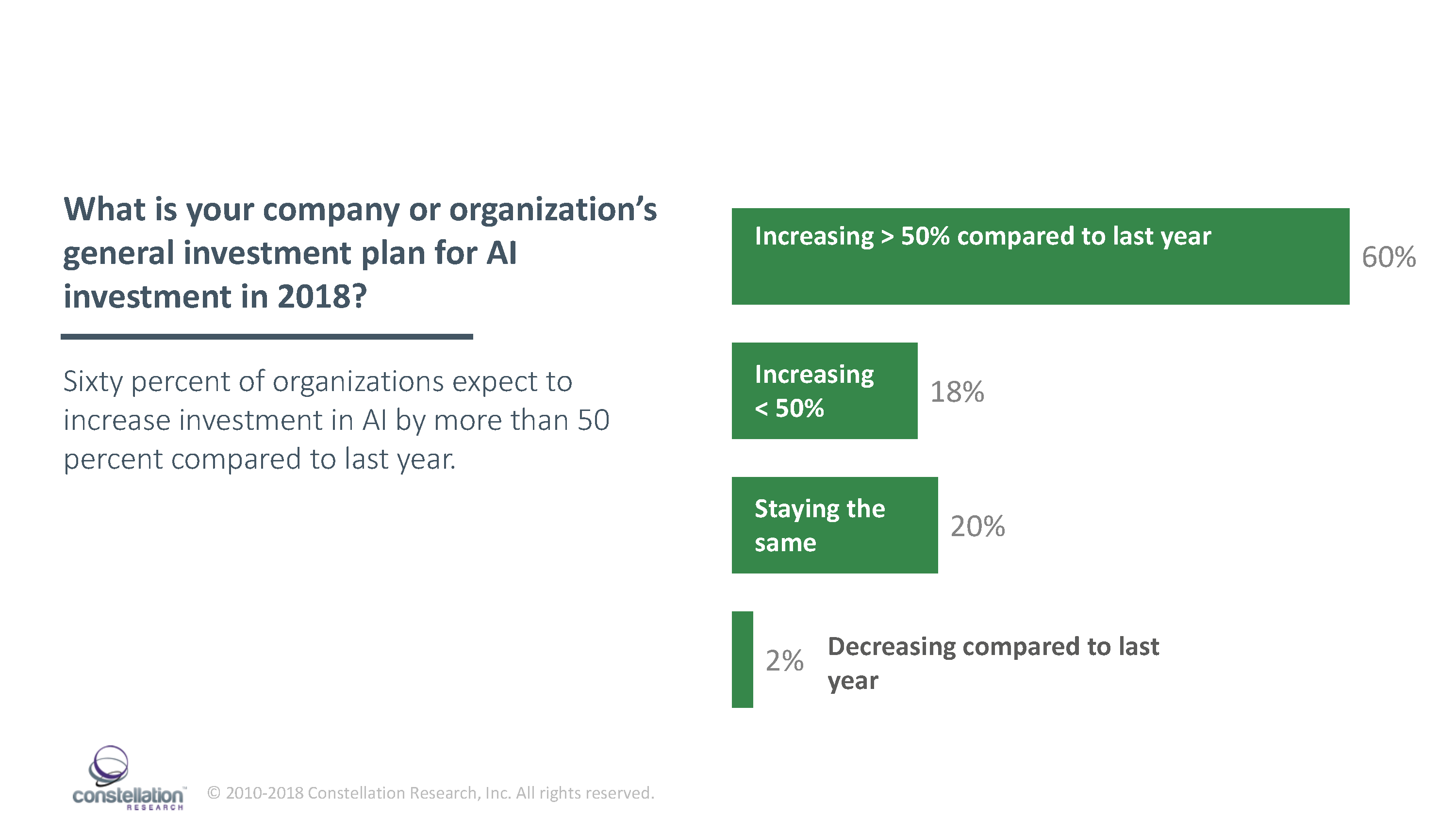 The Survey asked C-level executives about the state of AI investment and deployment in their organizations, budgets for AI investment, technologies driving AI development, how AI might impact executives and the workforce, sources of internal resistance to AI, and privacy.

For the purposes of both the Survey and the Study, Constellation defines artificial intelligence as the culmination of technologies including deep learning, neural networks, natural language processing, and big data/predictive analytics to produce software that is self-improving, automatic, and emulates human intelligence.

The Survey was conducted in January 2018. The final sample consisted of 50 C-level respondents with influence over technology purchasing decisions. Respondents were limited to senior managers with purchasing authority. Seventy-four percent of responses came from the C-suite, with CEOs making up 26 percent of the sample; CIOs, 20 percent; CTOs, 10 percent; CDOs, 6 percent; CMOs, 2 percent; and other C-level executives, 10 percent. There were no CFOs in the survey sample.

This report is part of the Constellation's open research library. Readers may download a complimentary copy of the report here.